Two seniors were recognized as the top graduating athletes at Watertown High School and the recipients of the William I. Graf Award on Wednes 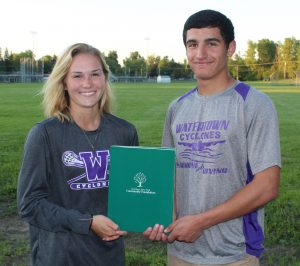 day. Jillian Girardi was selected as the school’s female recipient, and Peter Victoria was chosen for the school’s male honor this year.

The William I. Graf Award was created in 1954 by the Italian American Civic Association to honor Mr. Graf’s leadership and civic engagement in the community. Mr. Graf was a multi-sport coach and athletic director at Watertown High School. Graf award honorees are expected to have participated in at least two or more varsity sports in their senior year and showcase exceptional individual characteristics in sportsmanship, discipline, fair play, training, ability and academics.

Girardi was an accomplished five-year varsity lacrosse player at Watertown. She helped lead her team to a pair of Section 3 championships and New York State Final Four appearances. She was a three-time Frontier League All-Star and was chosen as a high school All-American as this year. Girardi also participated on the Cyclones’ varsity soccer team for three years where she was a two-time Frontier League All-Star. She was named to the Section 3 All-Star second team as a senior. She earned a scholarship from Northwestern University and plans to play lacrosse for the Wildcats next year. She has yet to decide her major of study.

Victoria was an exemplary four-year varsity swimmer at Watertown. He was a Frontier League All-Star in all four seasons and garnered a Section 3 championship with his teammates as a senior. He was also a New York State qualifier in swimming. Victoria was also selected as a three-time Frontier League All-Star while playing varsity baseball for the Cyclones. A member of the school’s National Honor Society, Victoria is enrolled at SUNY Buffalo and plans to study bio-medical science this fall.

More than 100 graduating high school seniors have received the Graf Award. Watertown High School’s athletics staff selects the recipients each year, and the Italian American Civic Association presents the award. Following the death of Mr. Graf’s son, William A. Graf, in 2013, the family decided to honor him by funding a financial award for recipients. William A. Graf, who also exemplified the traits of the award, attended Watertown High School and played several varsity sports coached by his father, William I.

Each recipient receives a financial award of $500. The Northern New York Community Foundation was selected to help continue the Graf family legacy by administering the fund in perpetuity and raising awareness of the award for students striving to earn the prestigious honor.

The Northern New York Community Foundation makes grants to support the work of non-profit organizations and provides scholarships to individuals in Jefferson, Lewis and St. Lawrence counties. The Foundation has been built and added to from gifts (both while living and through their legacy plans) by individuals and organizations committed to meeting the changing needs of Northern New York, as well as supporting specific charitable interests and passions. 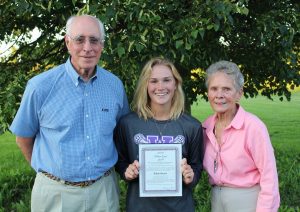 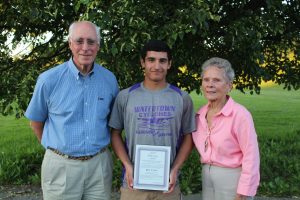 Working with donors to benefit the community through grants and scholarships since 1929.

Our thoughts are with the family and friends of Gisele Marie Reynolds.

We are humbled and honored to be part of the special and enduring way she will be remembered.

Our hearts are heavy as we join Linda and the family and friends of Richard “Dick” McNeely Jr. during this difficult time.

We are grateful to be part of the enduring way he will be remembered in the community he loved.

He was such a nice man. Condolences to the whole family..